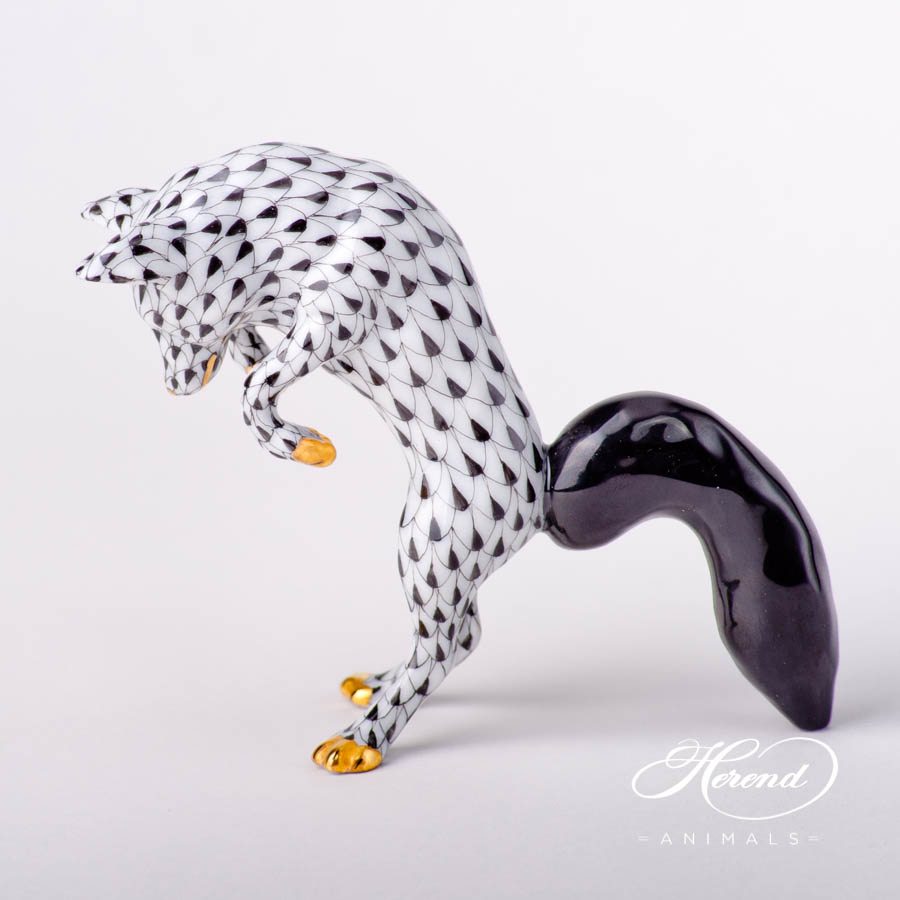 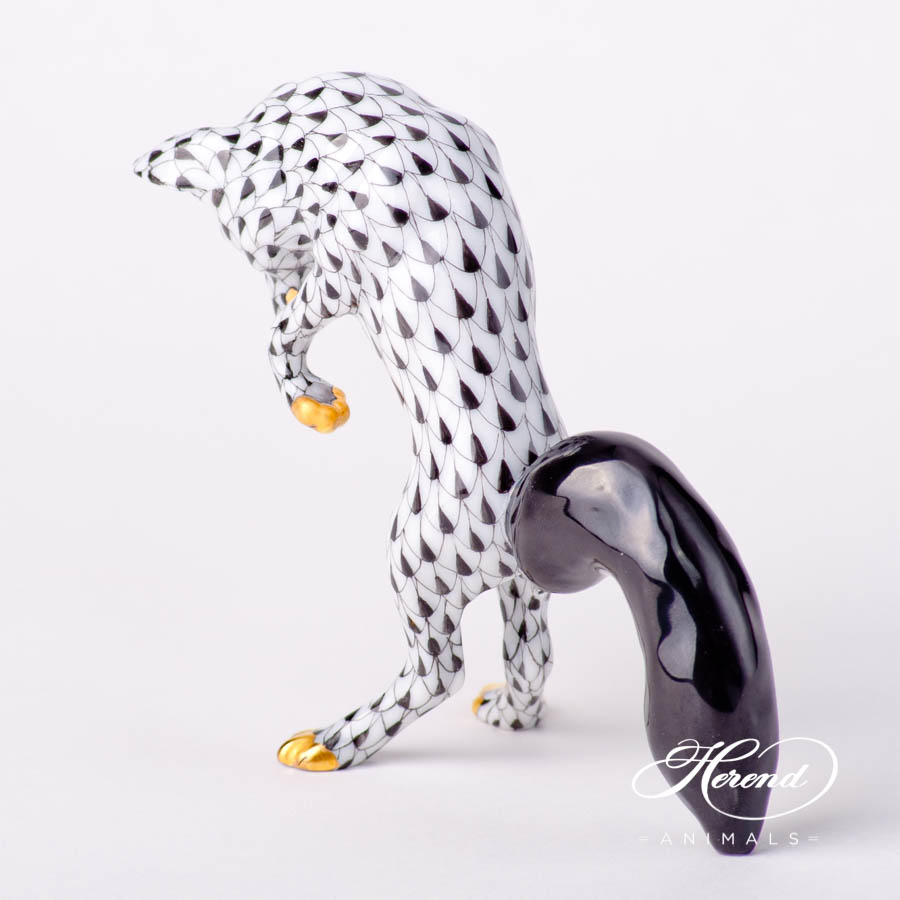 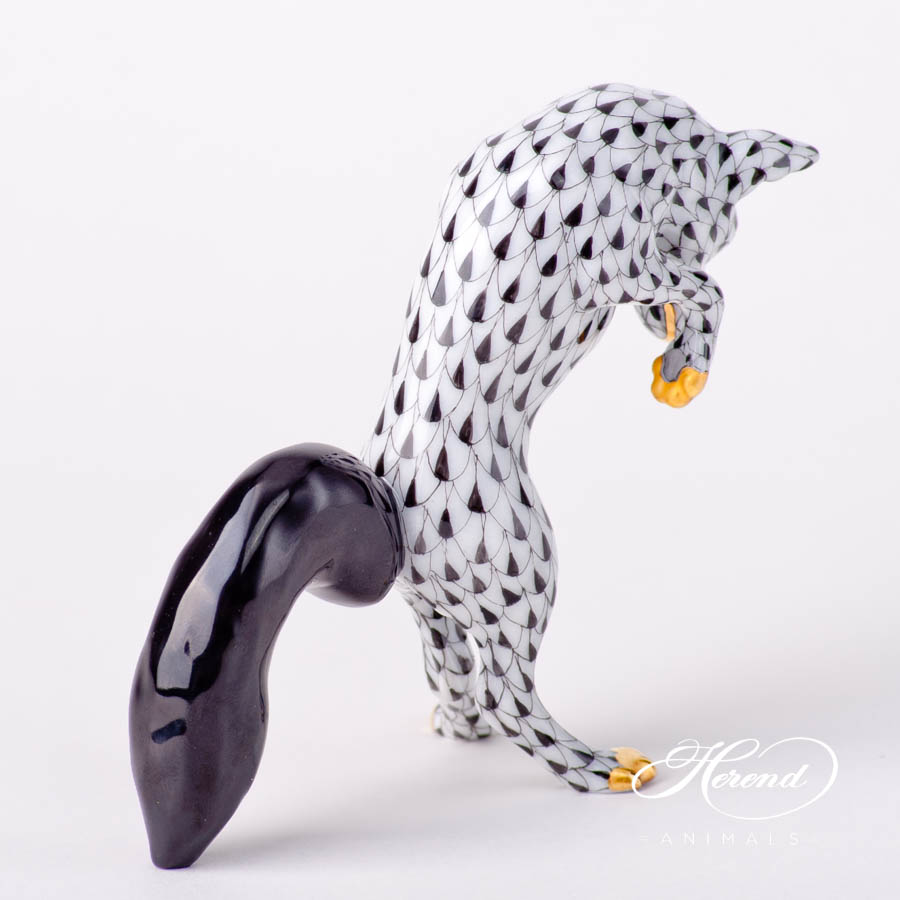 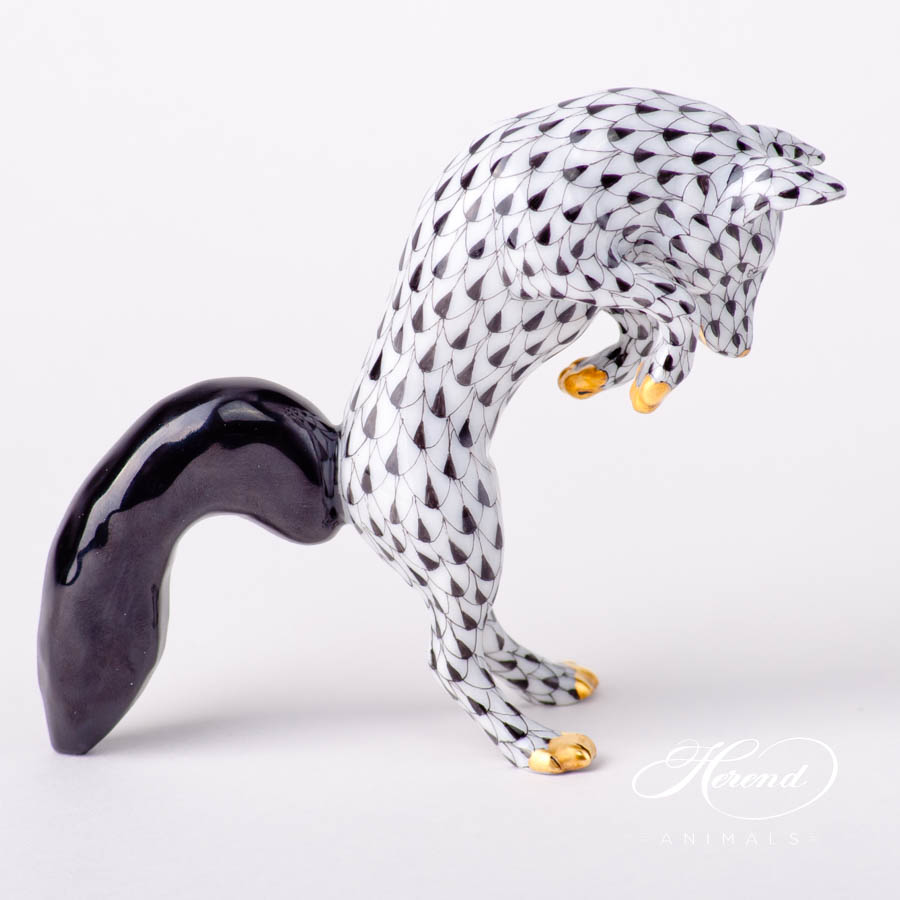 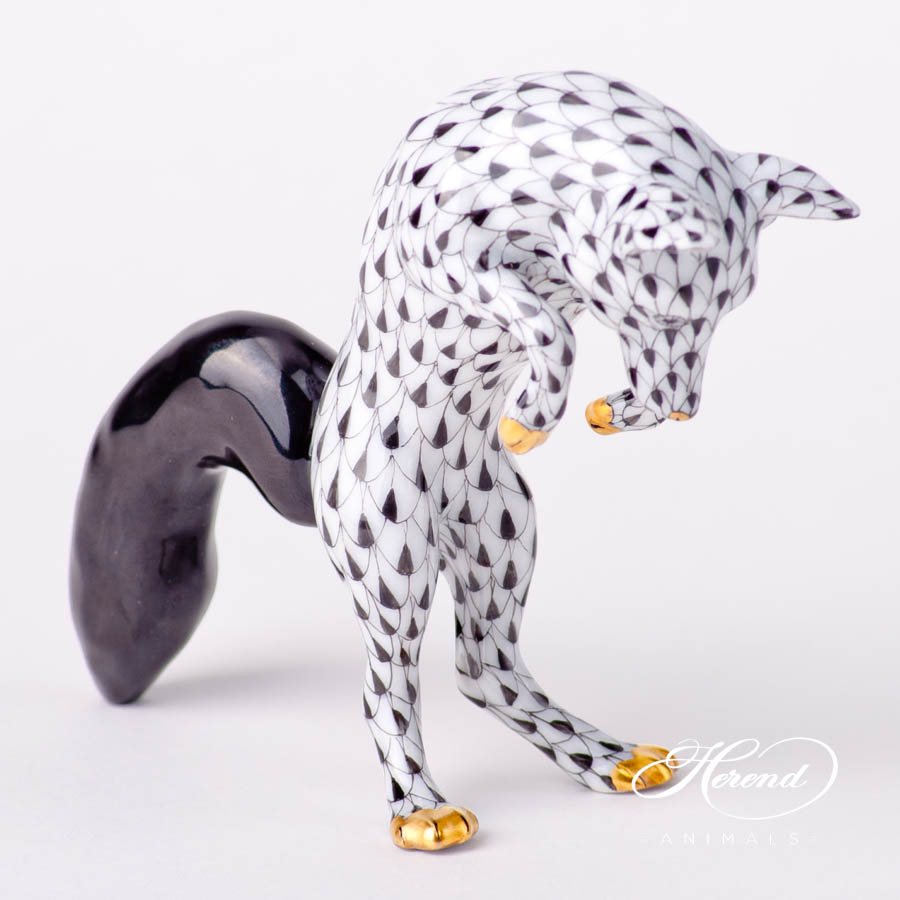 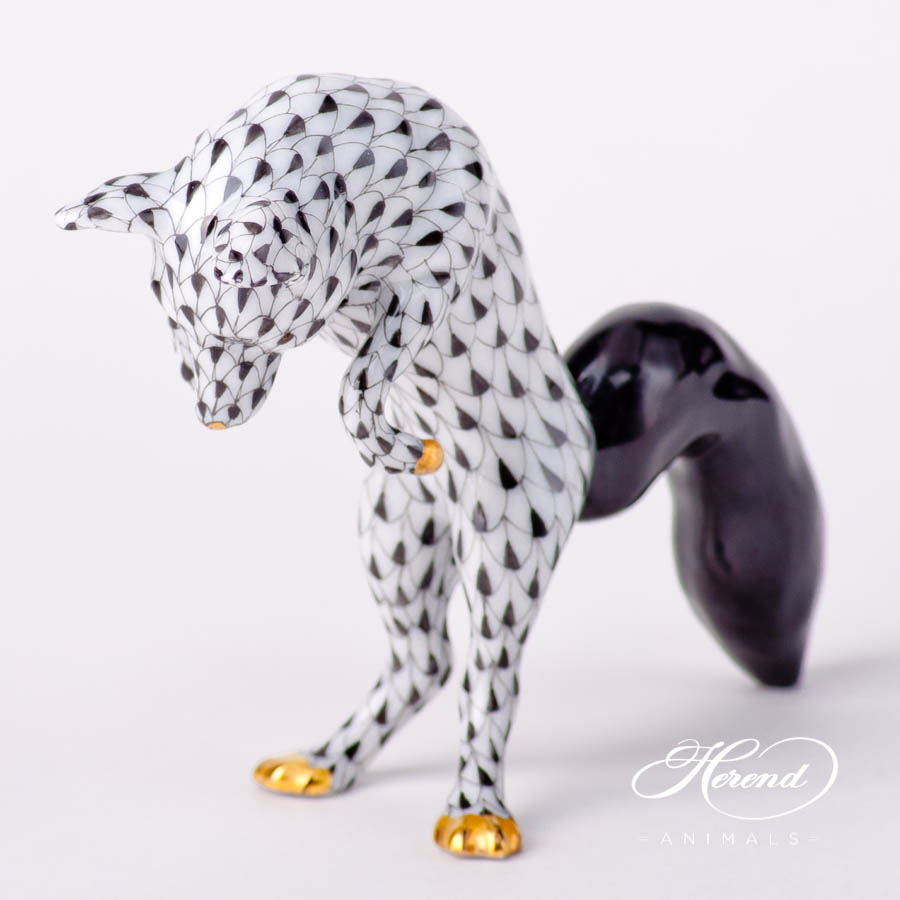 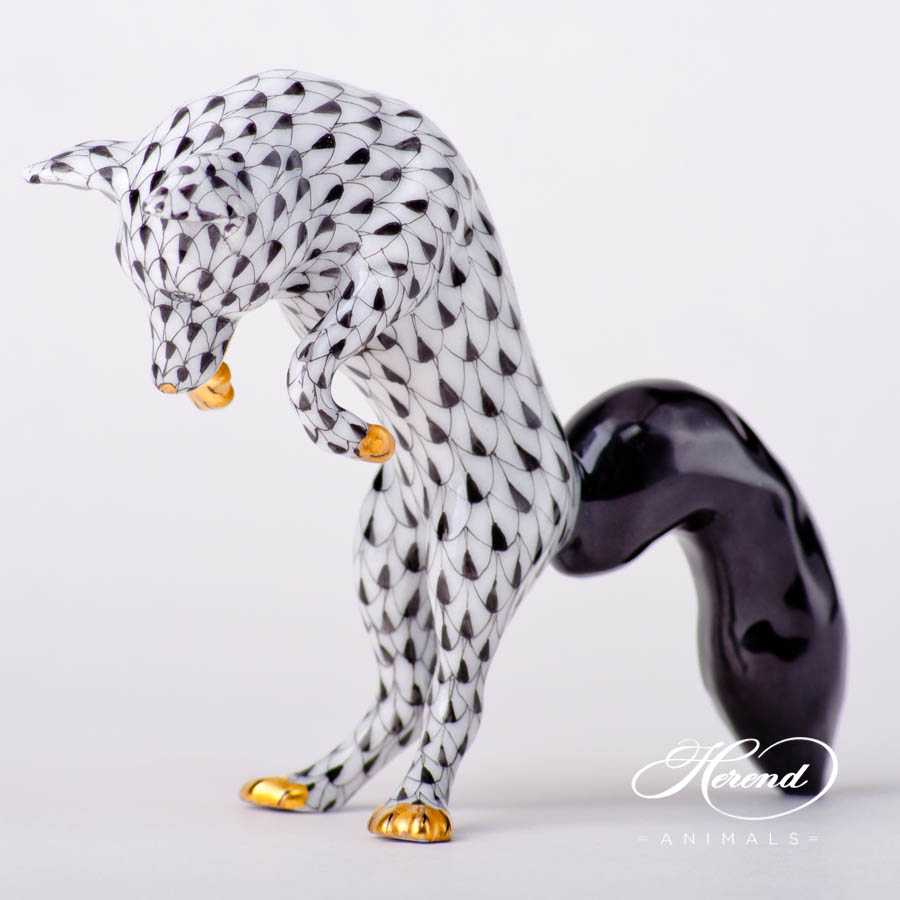 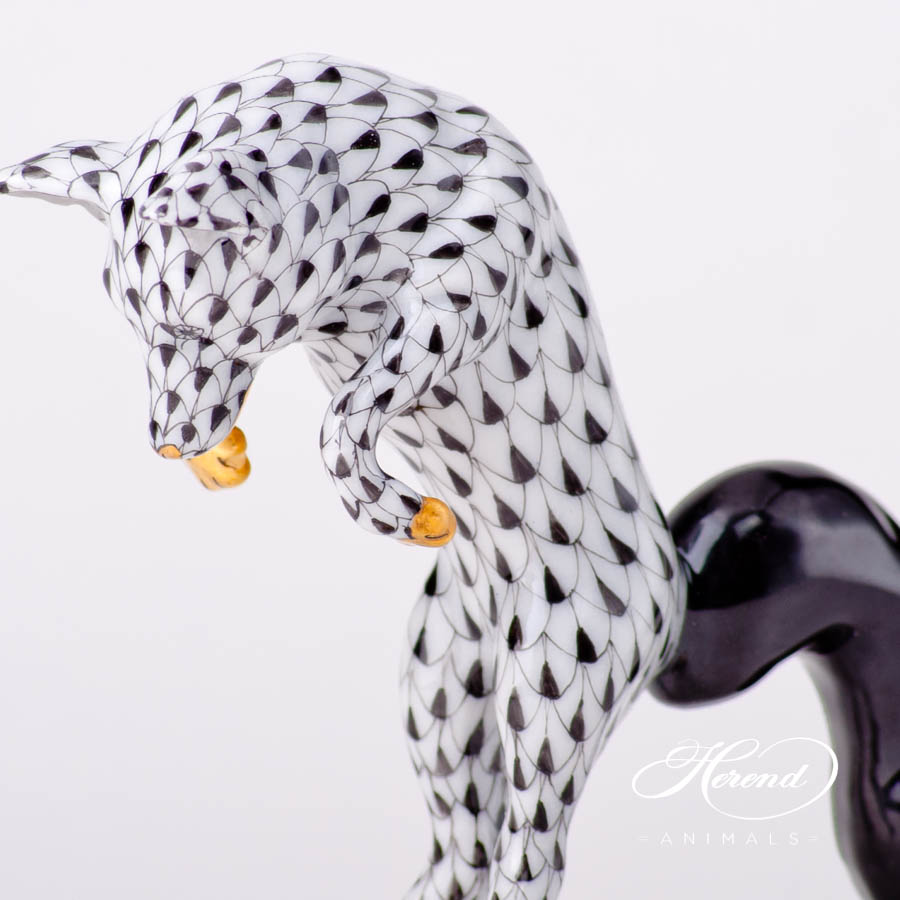 Jumping Fox is painted in Vieux Herend (VHNM) Black Fish scale design.
This fishnet or fish scale pattern is a typical motif of Herend.
It can be ordered in 14 different VH (fishnet/fish scale) colors.

There are around 12 different species of fox found around the world, which include the urban fox or red fox,
the beautifully white Arctic fox, the sand fox which is a light-colored fox found in desert regions and the tiny yet big-eared fennec fox.
Wild foxes tend to live for around 6-7 years, but some foxes have been known to be older than 13 in captivity.

The wild fox hunts for the mouse and other small mammals and birds, but foxes appear to enjoy all species of insects.
A fox is generally smaller than other members of the dog family like wolves, jackals, and domestic dogs. 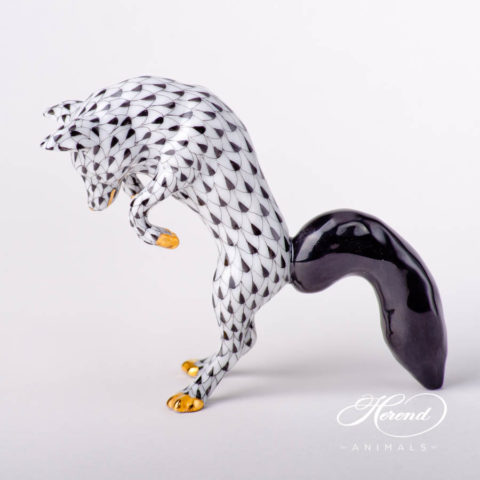 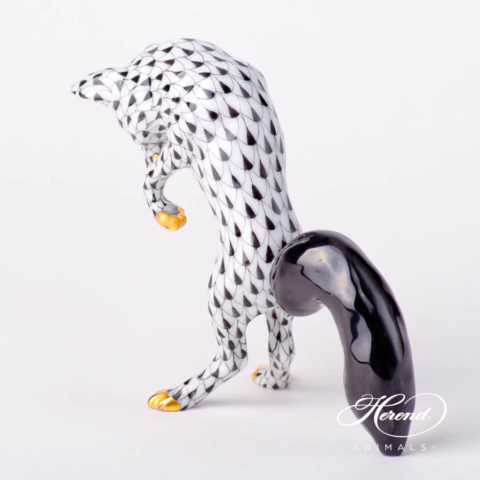 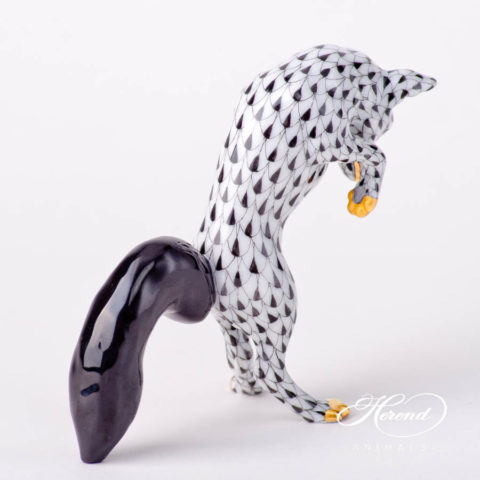 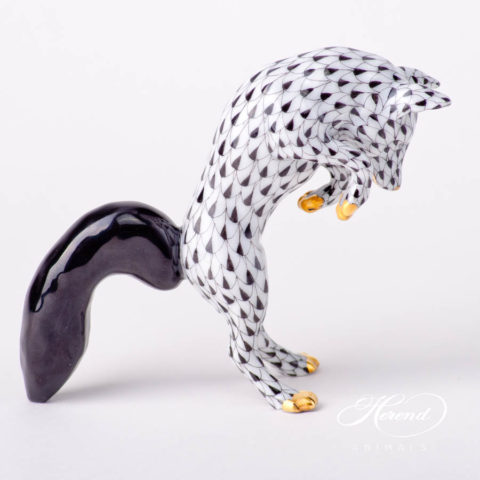 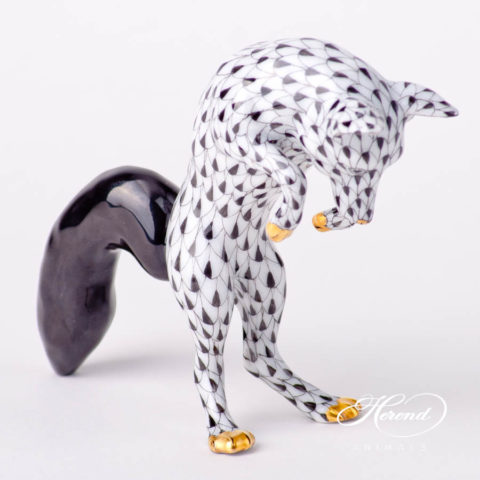 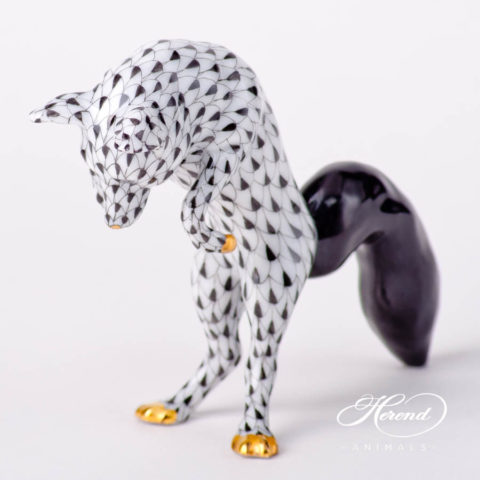 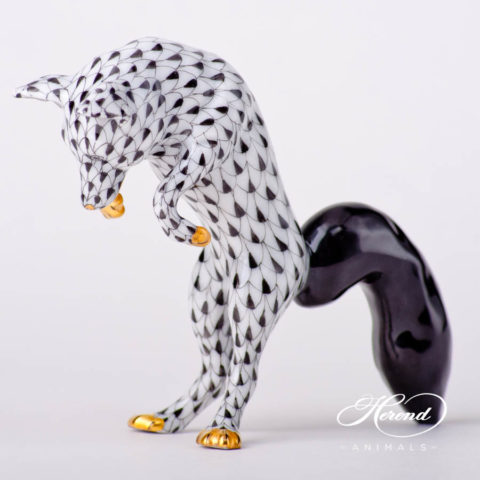 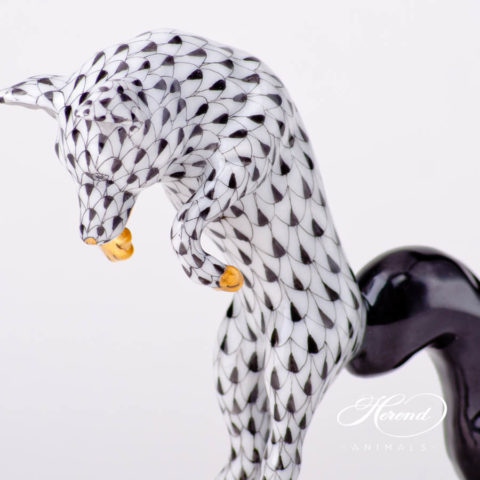 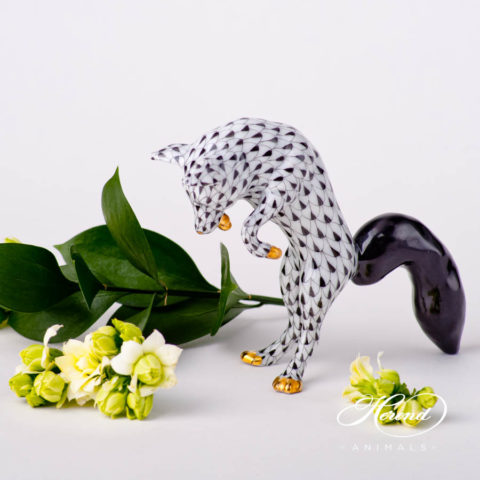 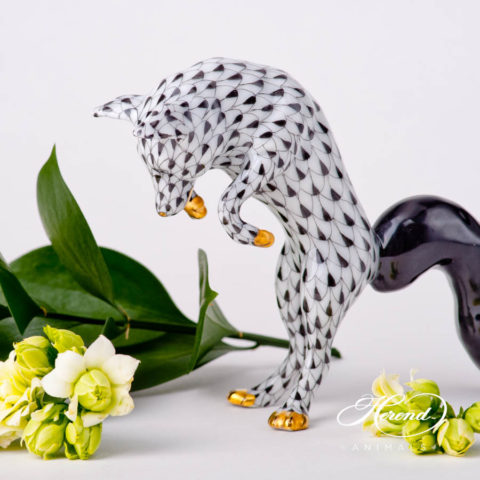