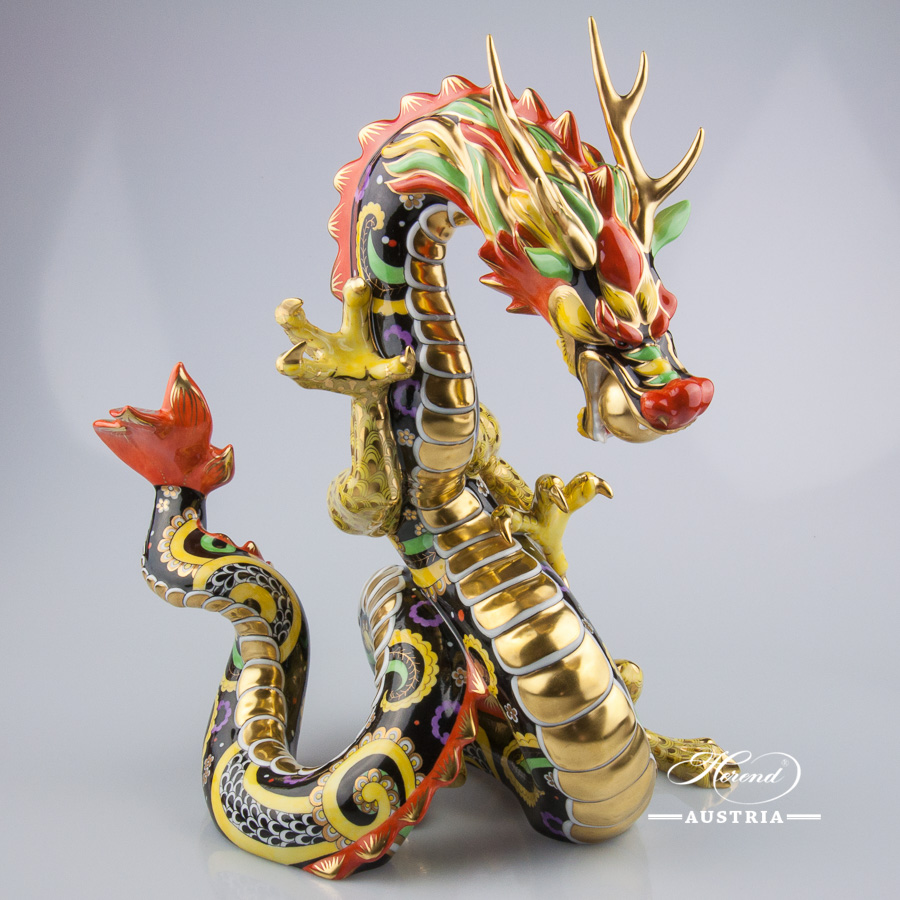 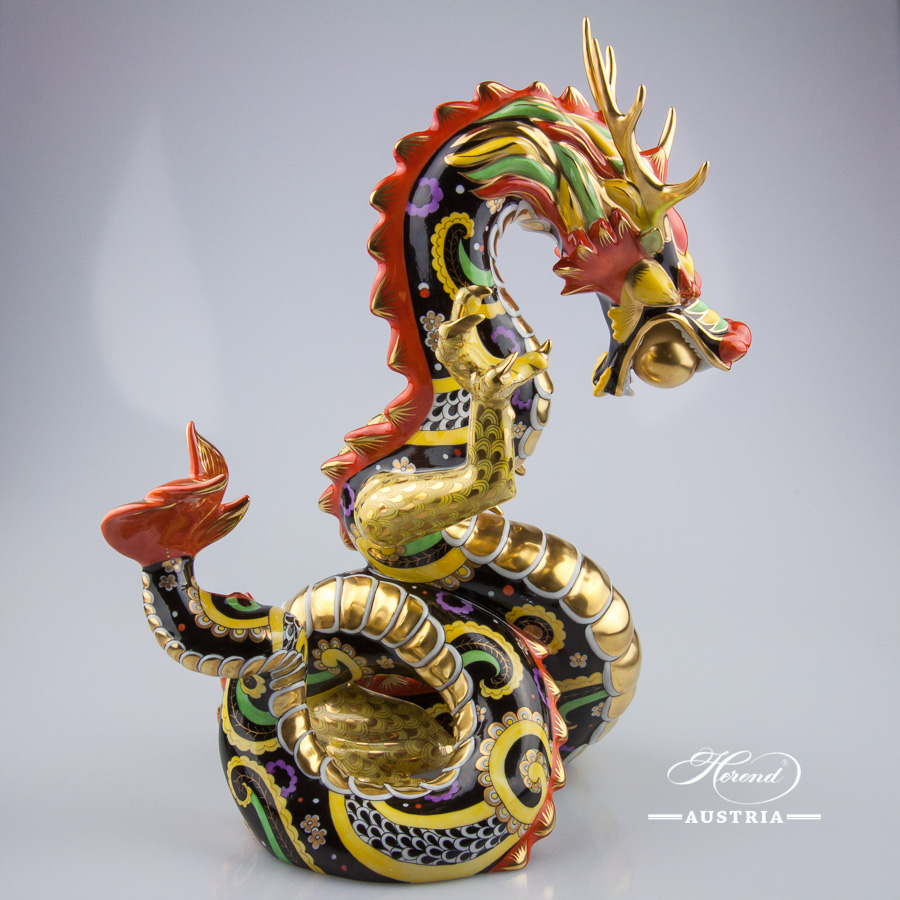 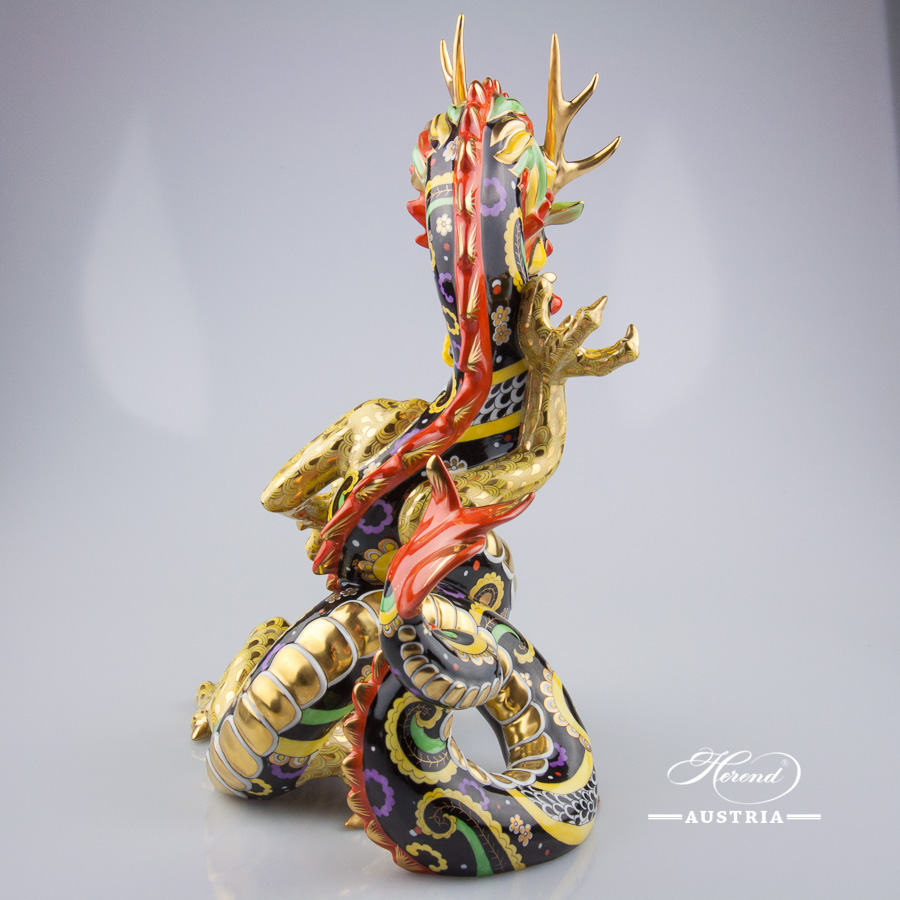 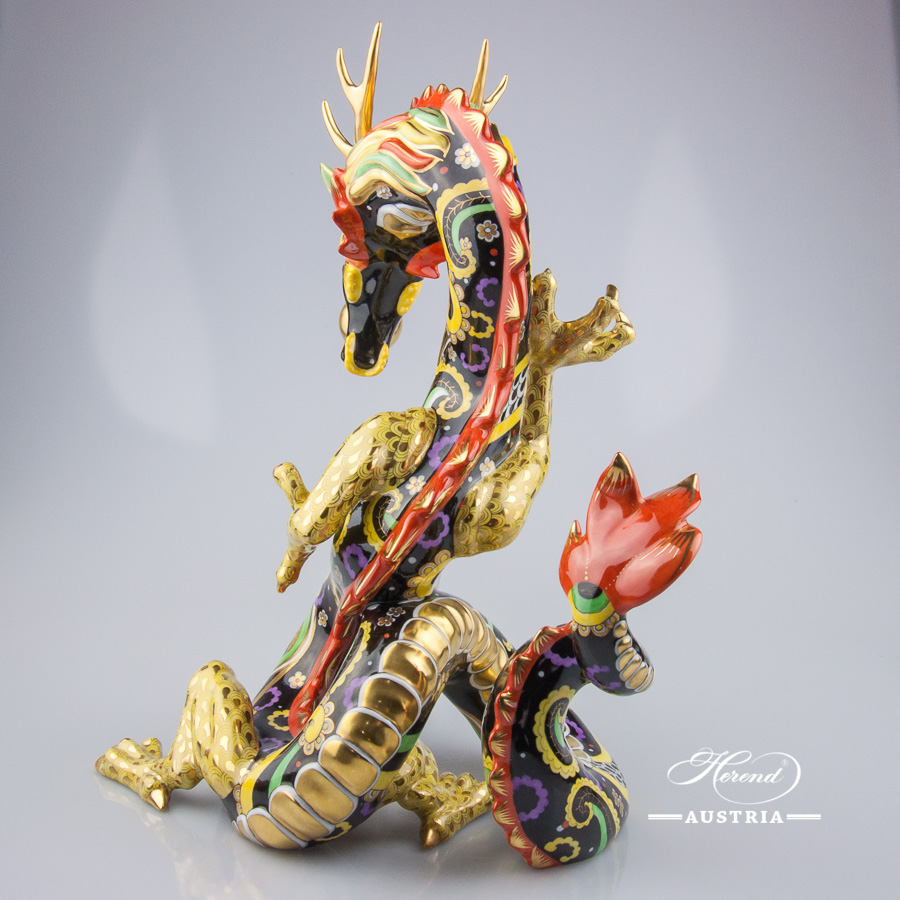 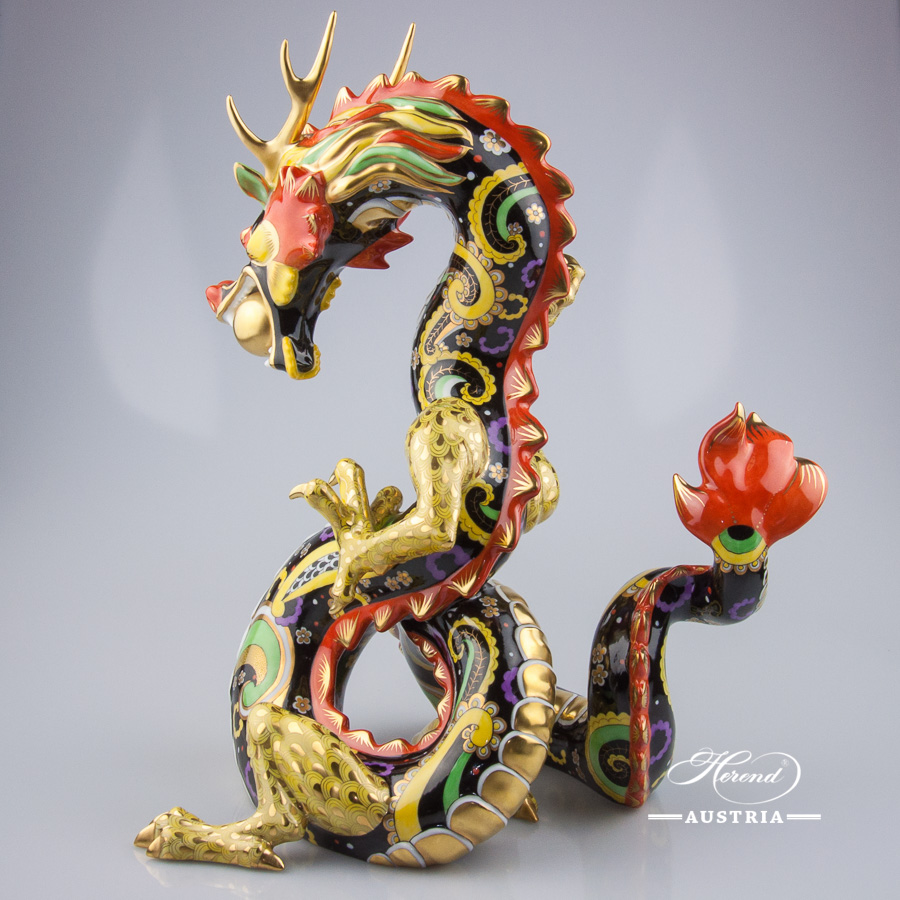 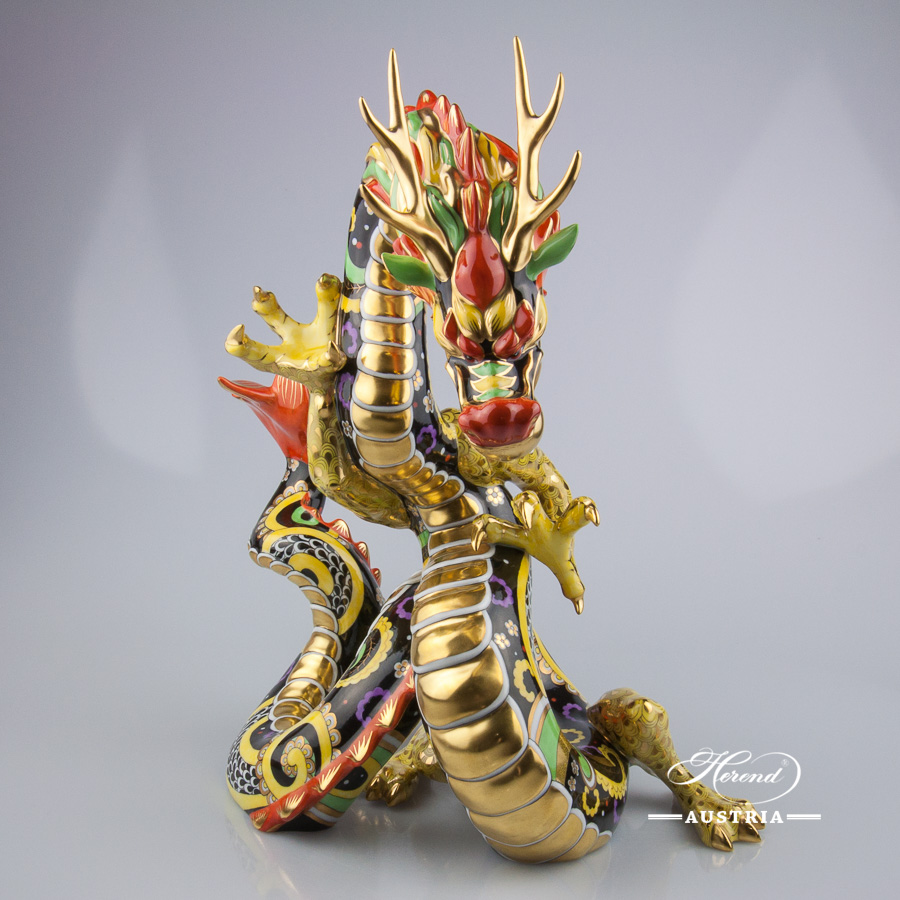 The dragon represents the power of the leader. A traditional oriental mythical element, which is with us since thousands of years. As Herend was heavily influenced by orientalism, the creation of such a large dragon figurine with ball was an intrinsic motivation of the artists of Herend.

A dragon is a legendary creature, typically with serpentine or reptilian traits, that features in the myths of many cultures.

A dragon is a mythological representation of a reptile. In antiquity, dragons were mostly envisaged as serpents, but since the Middle Ages, it has become common to depict them with legs, resembling a lizard.

The Chinese dragon is the highest-ranking animal in the Chinese animal hierarchy, strongly associated at one time with the emperor and hence power and majesty still recognized and revered.
It is the only mythological animal of the 12 animals that represent the Chinese calendar. 2012 was the Chinese year of the Water Dragon. 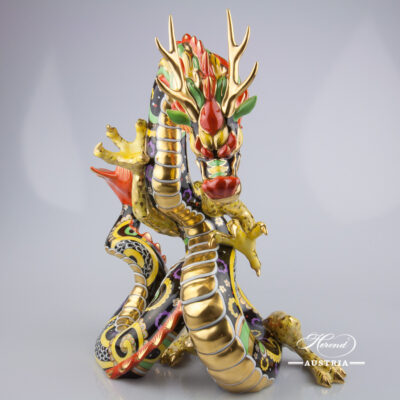 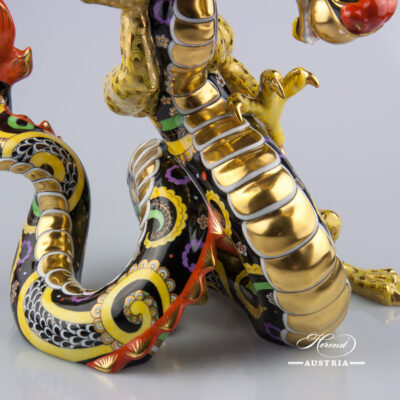 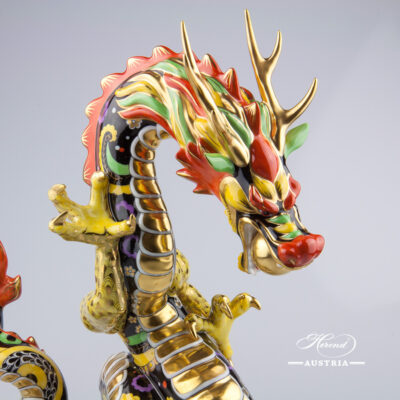 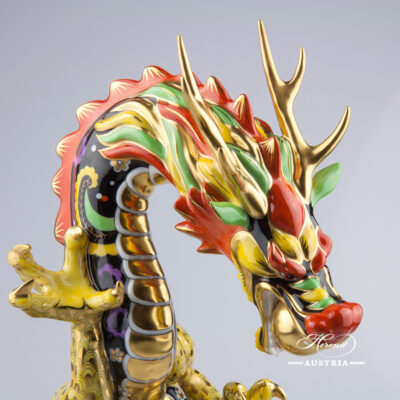 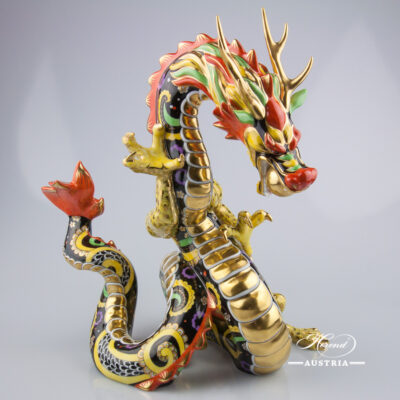 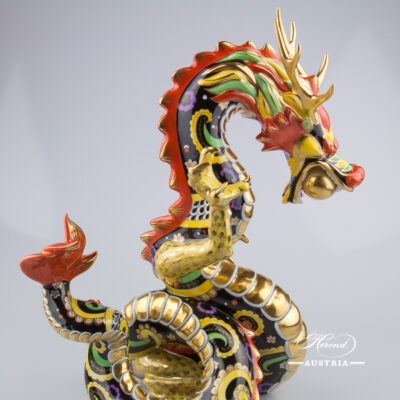 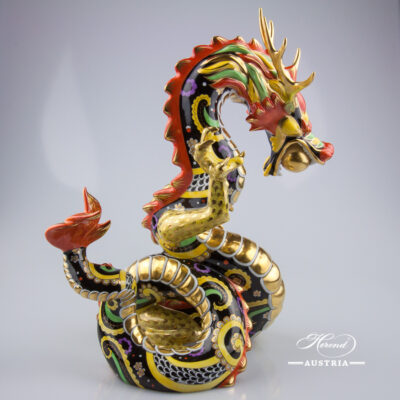 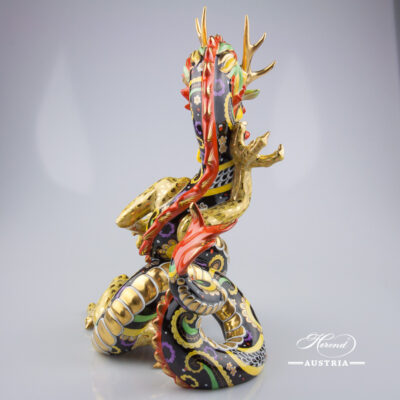 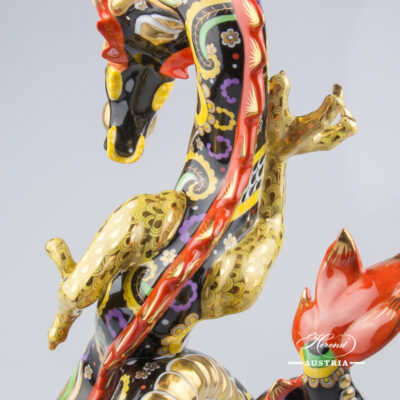 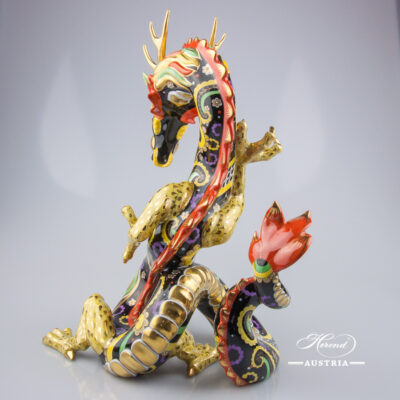 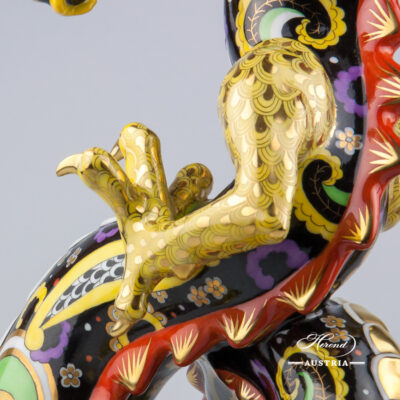 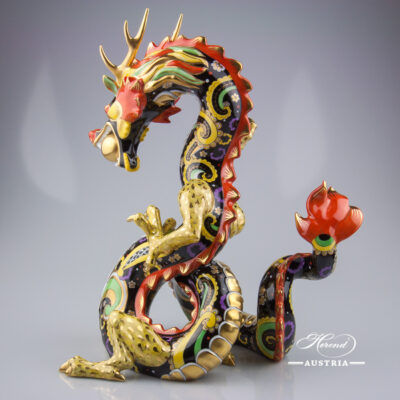 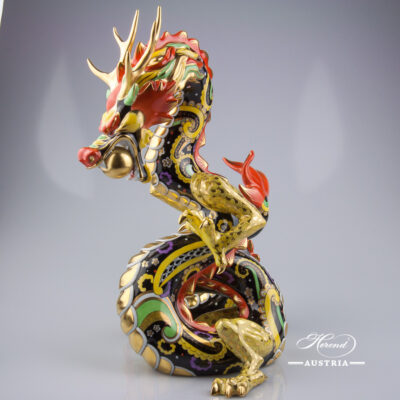 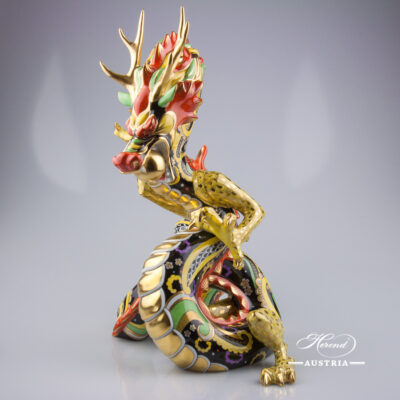 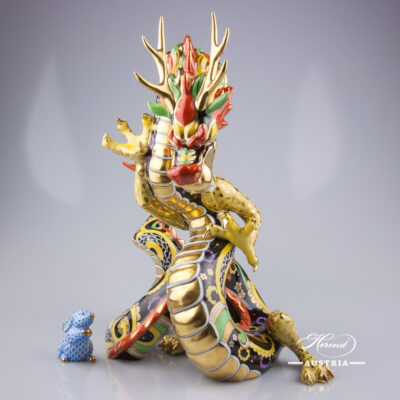 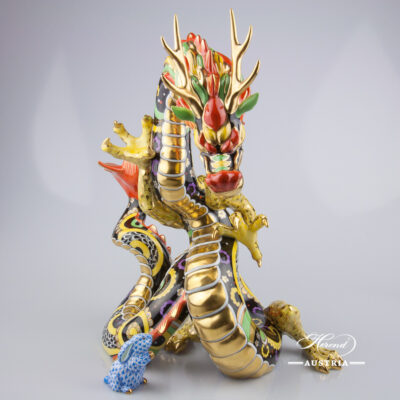