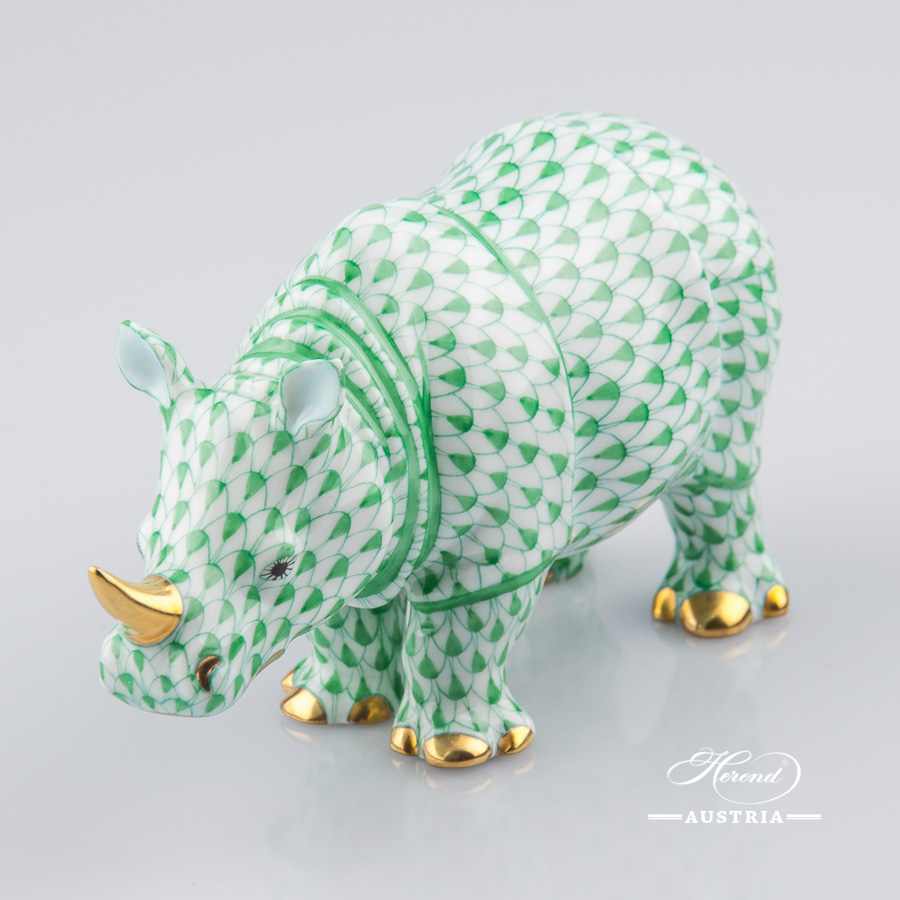 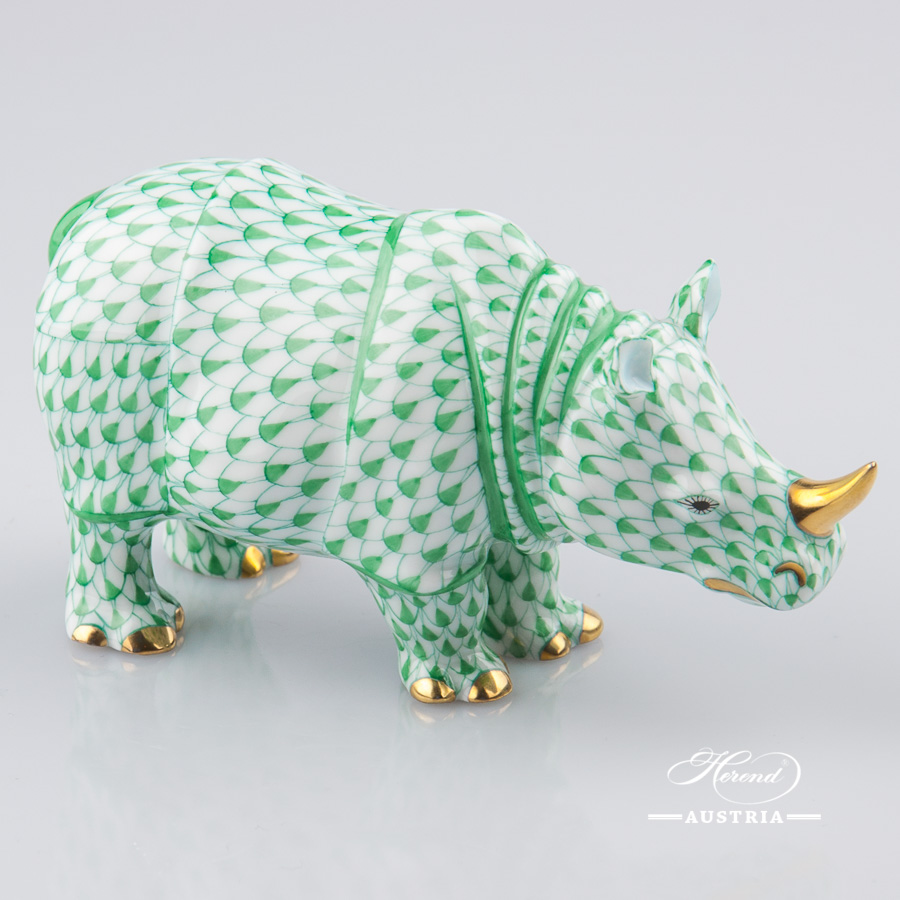 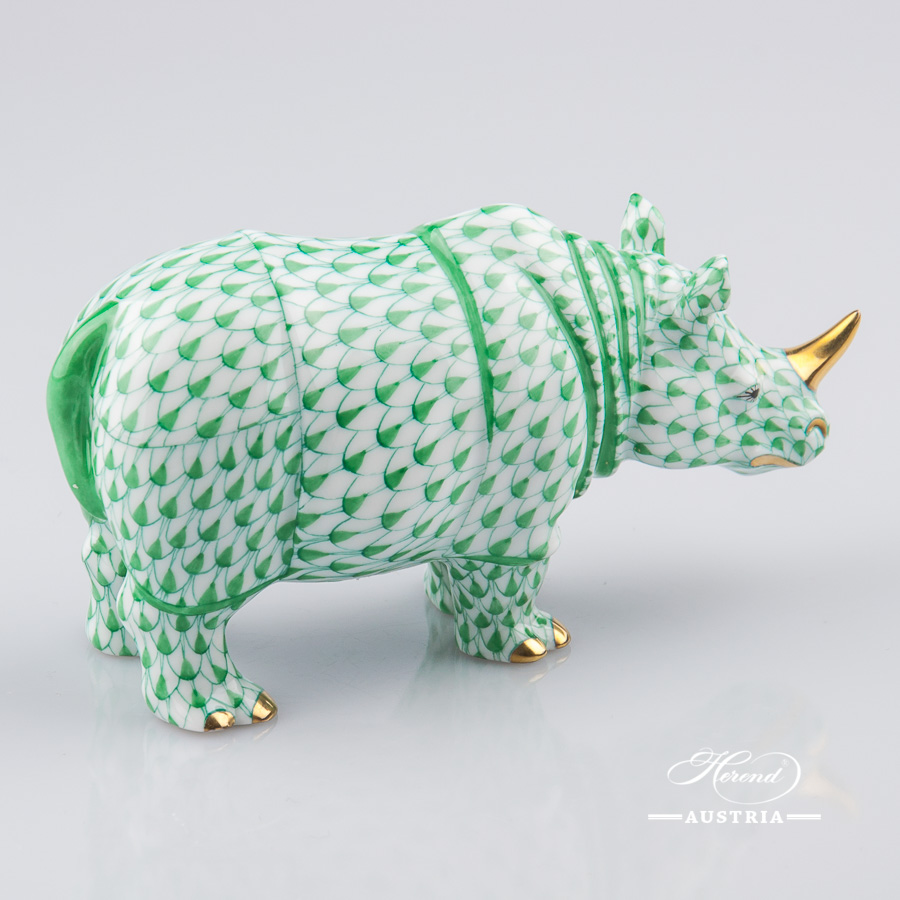 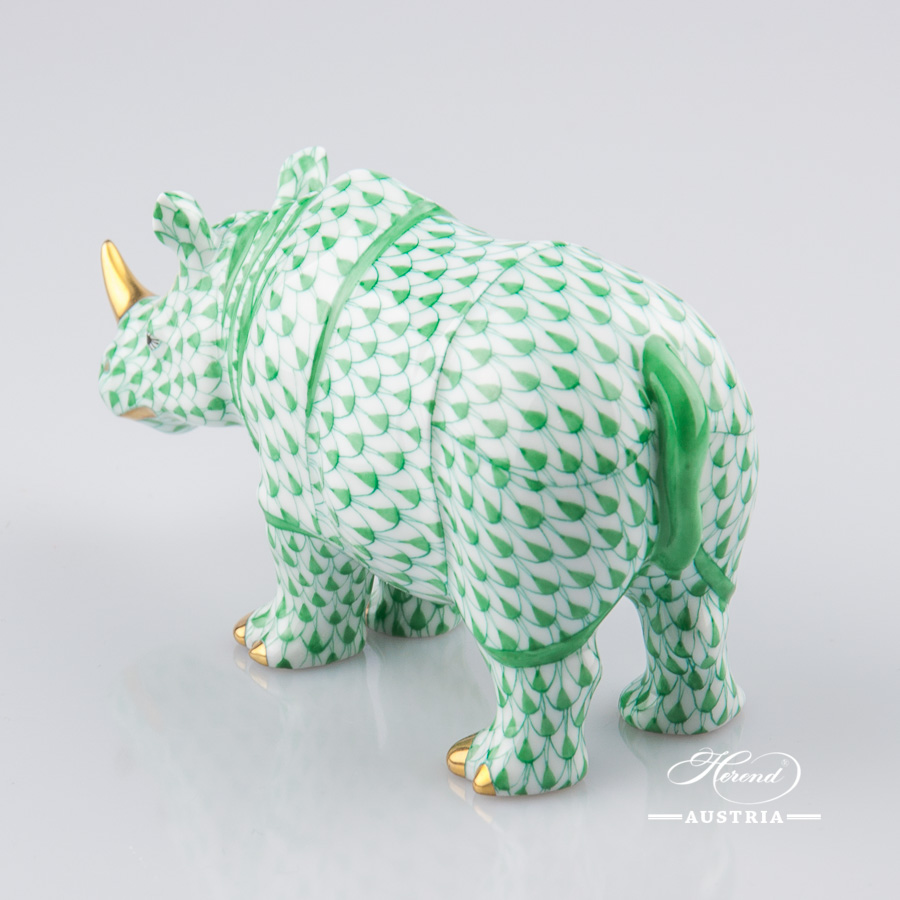 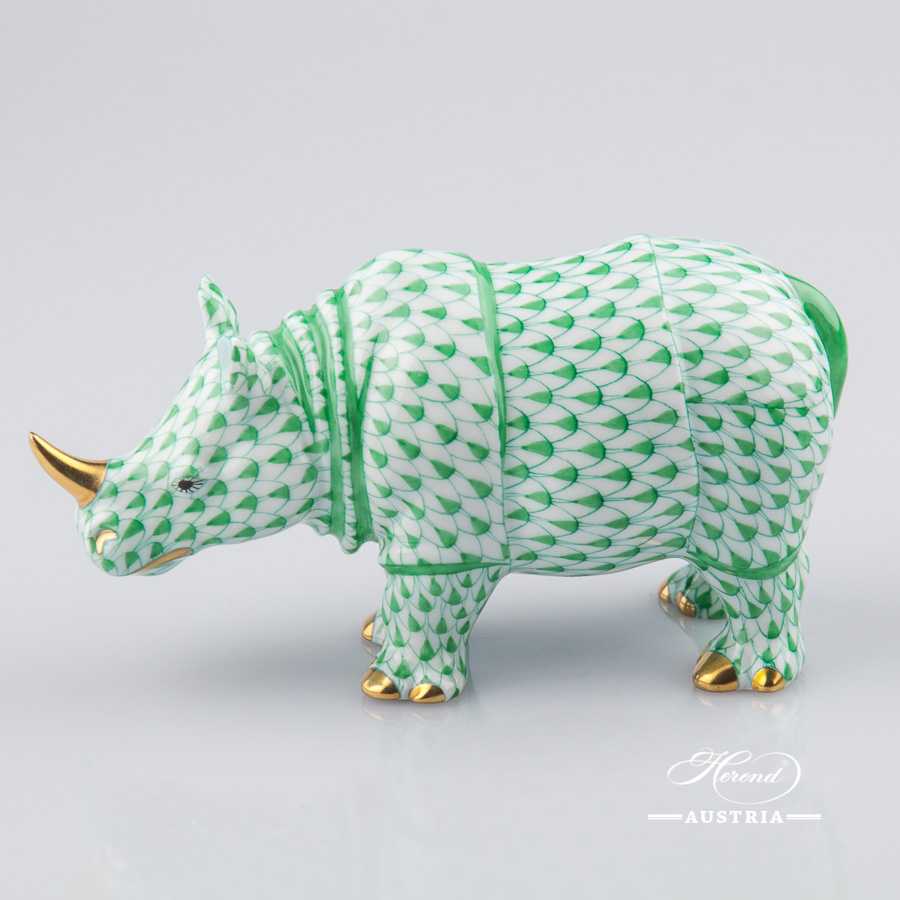 Rhino is painted in Vieux Herend (VHV) Green Fish scale design.
This fishnet or fish scale pattern is a typical motif of Herend.
It can be ordered in 14 different VH (fishnet/fish scale) colors. 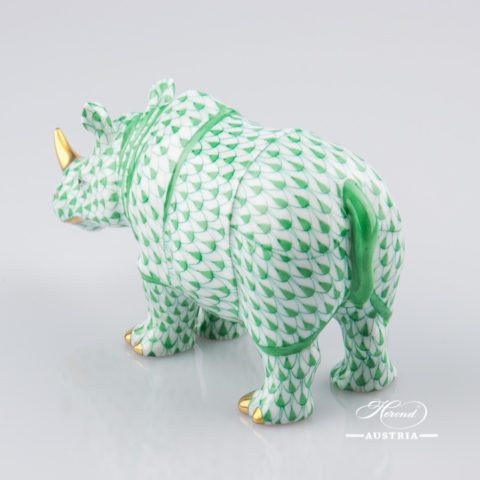 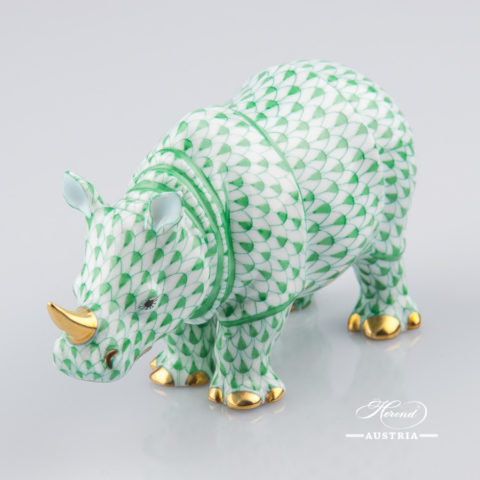 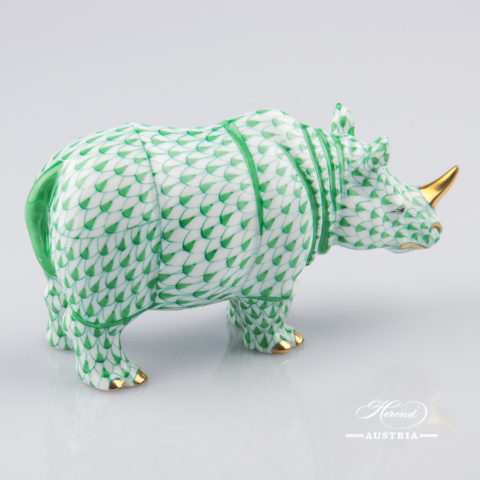